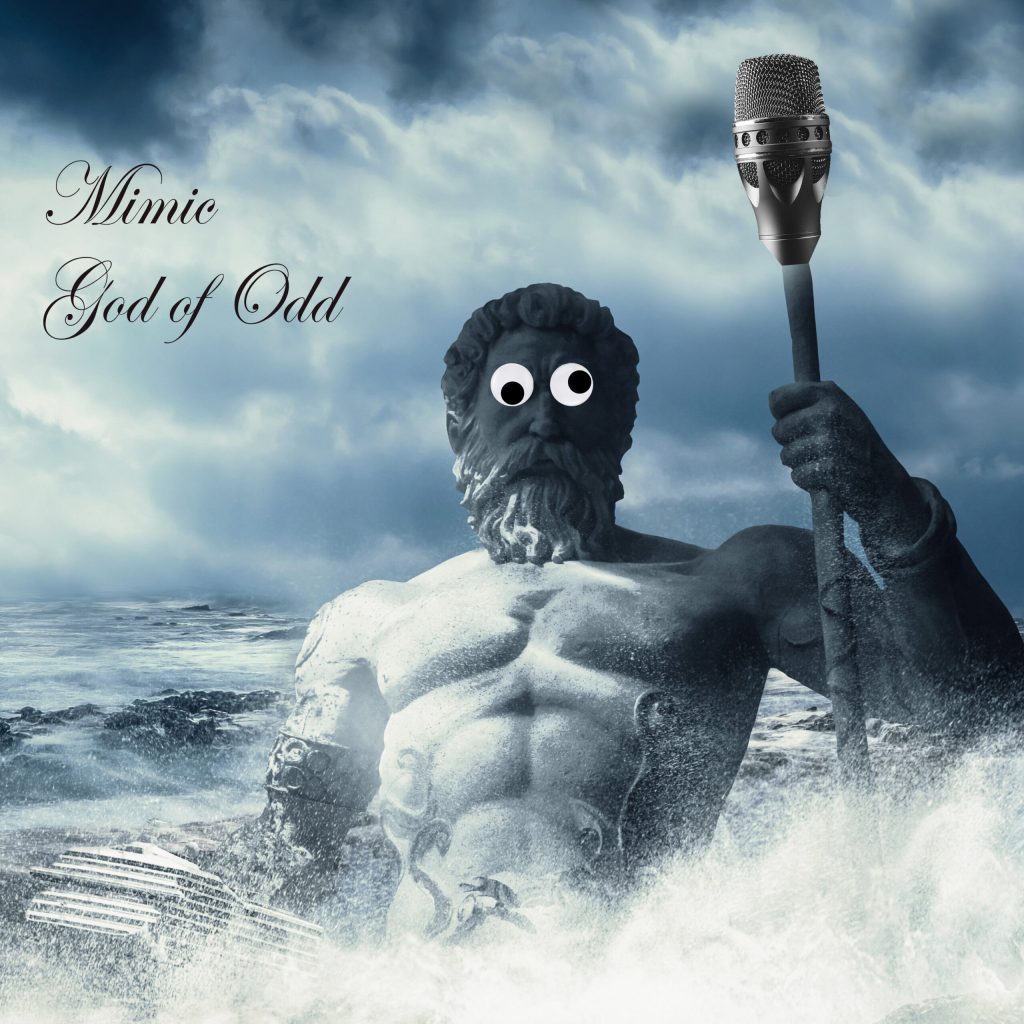 Finally! The album I’ve been talking about for 6 or 7 years has finally been released. Now I get to hear what the hell it is.

Yeah, the truth is I mostly had a title for several years and not much else.  Now, in 2020, the title has spawned a full set of songs that match the title. So let’s get into this.

Microphone destruction is my focus

Right off the bat, the title track God of Odd comes out like a deranged bulldozer. It is within the same vein as other battle-style tracks, but the music carries the lyrics like an army rolling into war.

Susan Wojcicki can fuck off

One of the standout tracks on the album is “Shopping”, and it will absolutely piss off people like YouTube’s CEO, Susan Wojcicki.

The main focus is on me trying to get an unknown object that can help my family during the COVID-19 pandemic. In a panic, I rush out of the house to contend with the horrors around us. This includes driving with my eyes closed, ripping my garden house from the house with my car, running over several people who are freaking out in the streets and wearing a scuba suit into the grocery store.

The song is absolutely retarded. But, it’s based in fact.

I first started following the news about COVID back in early January when Tim Pool started talking about it. I read up on the articles he found and also went through several through my own research. The way the media responded to this was insane. At first, it was nothing and several Blue Checkmarks would make fun of those who were preparing. I was one of those, and it’s why we had no issues with food or toilet paper.

But as soon as Trump said we could handle it, suddenly, it was a world-ending apocalypse the likes of which we’ve never seen. I break a lot of that down in the song, explaining that my expertise comes from reading and listening to so many various media sources. As such, everything I’m saying is based on what they said and how they acted.

For instance, many will remember back when they originally said masks didn’t help. But do you remember when they gave us a list of reasons why they didn’t help? I remember seeing a press conference where they broke down some of the reasons why masks wouldn’t be effective. This was part of why I didn’t bother buying any. But then they suddenly flipped around and claimed masks DID help and would protect you from getting sick. Then it was that they would protect you from getting other people sick.

The problem: they didn’t refute their earlier reasons why they don’t help. It was a “just do what we say” kind of thing.

There is also the line “you’re killing grandma like Andrew Cuomo did.” Keep in mind that  I wrote this during the summer of 2020, well before the media gave a shit about what he did.

One of my favorite mentions in this track was how celebrities were shooting commercials that told us to social distance and stay home. These stupid assholes were going out, interacting with people in close proximity, and we could fucking see it in the commercial.

But we’re supposed to social distance and stay home.

Also, those who are super awesome will recognize the Kung Pow reference.

Remember when Trump came out talking about the vaccine and several pundits were saying they wouldn’t take it because he’s not a doctor or scientist? Right, as if he’s making it himself in the basement of the White House or something with a My First Jr Chemistry Set.

Despite everything being based in media reports and logic, this track would never be able to live on YouTube. If I uploaded this back in 2020, Susan Wojcicki’s head would have burst into flames as she ran across the building screaming to immediately delete my offending material.

But fuck her, she can kick rocks until her foot breaks.

Originally called “Rebuilt and Improved,” Malevolent Flow II has a lot of my favorite lines.

I’m Wanda Maximoffs anger, channeled out and targeted / at microphones I stand above with nukes that I bombard it with”

“I’ll fill you up with emptiness like Theo, battle Neo / break the Matrix, haunt you through my portrait like Viggo

The Malevolent Flow series is all about burying the mic with a volley of destructive lyrics. A part 4 may eventually be on the way.

The idea of the song Next Up was based the fact that I had no idea what to write next. I just sat down and wrote essentially that. Somehow, I ended up knocking out a track that has dozens of references to previous tracks of mine. For instance:

“Slashing the Juggular, Like This, I’m Monolithic / A War Machine who’s fighting Madness that is Persistent“

Each bolded word is a song title of mine, with “Persistence” being the one referenced as “persistent.”

When you have hundreds of songs you can pull from out of a 20+ year span of making music, it makes doing something this a lot easier.

Oh, and by the way, the “Rabid Rabbits” line was inspired by the show Rabbids.

I’ve never actually gone to any of my class reunions. I’m not even sure if they do that anymore. But for the sake of this album, I went to one, mostly because Hannah made me. She thought it would be awesome if I threw my amazing success as a rapper in their faces.

When I get there, people think I’m some kind of ultra-famous rapper so they suddenly want to talk to me. This is reminiscent to how people acted when they found out I was a DJ. Back when I was in high school, I was not exactly popular. Not until they found out I could DJ. After that, suddenly people who used to shit talk and try to bully me were now fans of me.

Fuck those assholes. The only thing that changed was that they found out I could do something they thought was cool. I was still the same person that they hated the day before. And that’s what this song pulls from.

As soon as the people at the reunion find out I’m not making tons of cash from rapping, they turn on me again. The difference now is that I no longer care because I don’t give a shit about their approval. Their insults no longer work. In the end, they are still shit talking as I happily leave, not giving an ounce of shit about what they are saying.

So, Hamburger was not originally named that. It also wasn’t supposed to be ridiculous. However, what you hear is based on a true story.

When I was going through my mountain of Anno Domini instrumentals, I ran across the one used on the album. I didn’t know what it was so when it started playing, I tried to drop the verse in a practice session. What I didn’t realize was that the drums didn’t come in when I thought they did. As such, I ended up stumbling and having to wait for them to finally come in. The second attempt was also a failure. It was so ridiculous that I decided to keep it on this album.

I attempted a second verse but the instrumental ended before I could complete it.

Had I picked a different instrumental, this song would have actually been completed successfully. Instead, I train wrecked all over it because of the way the instrumental goes. As a result, we have this humorous but still awesome track.

In all honesty, My Speech should have been on Get the Duct Tape. For whatever reason, I put it on God of Odd. I’m not actually sure why I did that.

The song is based on the idea of free speech in a world that tries to cancel you if your opinion doesn’t perfectly match a particular narrative.

As mentioned in Addendum, the shit-talking is there on purpose. I did that because the point is that people say things you don’t like, and no one says you have to. At the same time, you don’t have to listen, so don’t. I specifically said that you don’t have to like what I say or agree with it.

You can have your own thoughts and opinions, but you don’t get to tell other people what their opinions have to be.

Also, the “tough shit covered tit” line is because I couldn’t decide if I wanted to say “tough shit” or “tough titty,” so I combined them. I don’t recommend doing that in real life, unless you’re Mia Kirshner in Not Another Teen Movie.